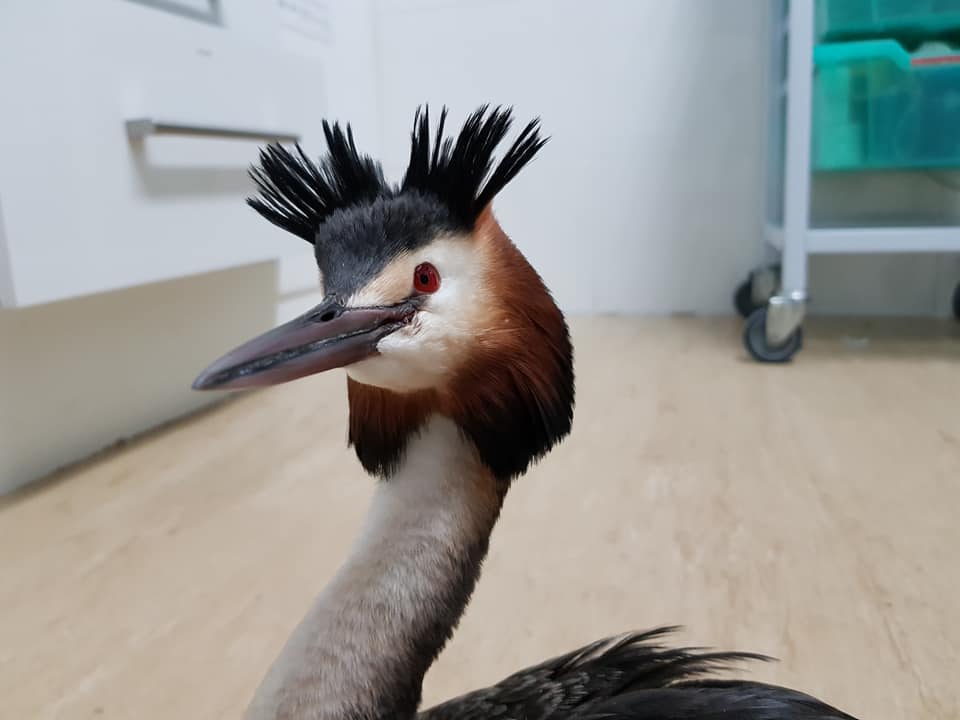 Rescuers were called to reports of a grebe struggling at Crumbles Pond, Princes Park in Eastbourne just after 6pm last night (3rd April 2018). It was reportedly struggling to stay afloat and was waterlogged.

Laura arrived and found the grebe who didn't look as bad as first feared. Chris then arrived and they both watched the grebes behaviour for a while which clearly showed something was just not right.

Nets and poles were obtained from the ambulance and Chris and Laura attempted to catch the grebe who was playing hard to get. They were then joined by rescuers Amelia, Andrew and Charlotte who helped keep the bird down one end of the outlet channel.

After a few attempts at capture the grebe was having none of it and swam off. With the outgoing tide the grebe was taken by surprise and began to be pulled towards the outlet which goes under the road out to the beach.  Rescuers saw it struggling but couldn’t get to the poor bird before it disappeared behind the grill and under the road and beach. Fearing the worse rescuers were upset to hear her shouting in the tunnel being pulled out to sea.

Chris went to the bank close to the metal grill and was relieved to see she wasn’t too far in but then realised she was struggling, trying to get back through. The Grebe had got her head stuck in the water caught up in litter and debris. Chris quickly jumped into the water and put his hand through the grill and managed to secure and free the poor bird.

The Grebe was passed up to rescuers and then driven back to WRAS’s Casualty Centre.

On arrival it was assessed and a puncture wound was found. She has also plucked a large amount of feathers causing her to be waterlogged and freezing cold. In addition to being quite underweight and some injuries to it's beak.

The bird stayed at WRAS’s Casualty Centre but is expected to be transported to the RSPCA Mallydams Wood Centre for the use of their specialist waterbird facilities. 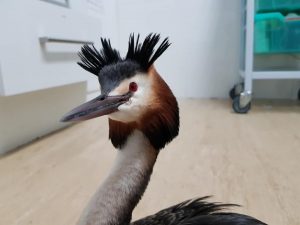 These 3 early baby bunnies have come in today after they were found out across a path in a field. Cold and underweight when found, we have everything crossed for these little ones. ...

We are now recruiting seasonal rescuers to help with the busy spring and summer seasons. The shifts are 8am till 3/4/5pm and 3/4/5pm till 9pm. We are happy to be flexible with the finish time of the day shift and start of the afternoon/evening shift.
Check out the video on our website and fill in the form to apply.

In order to be a rescue volunteer, you need to be presentable, good with dealing with the public, able to stay calm in an emergency, level headed and good with animals and birds. You also need a clean driving licence in order to drive our ambulances. We have both cars and transit vans and must be willing to drive both vehicles.

Training is on the job. New rescuers start with the basic collections and slowly build up their experience.

Where possible rescuers work in pairs for safety.

Home still wanted for this lovely boy :-( Holly finally managed to get some video of 'Trousers' the Turkish Tekla tumbling yesterday, in slow mo it is amazing, you can see how he speeds up his wing flaps before going into the 2nd tumble. ...