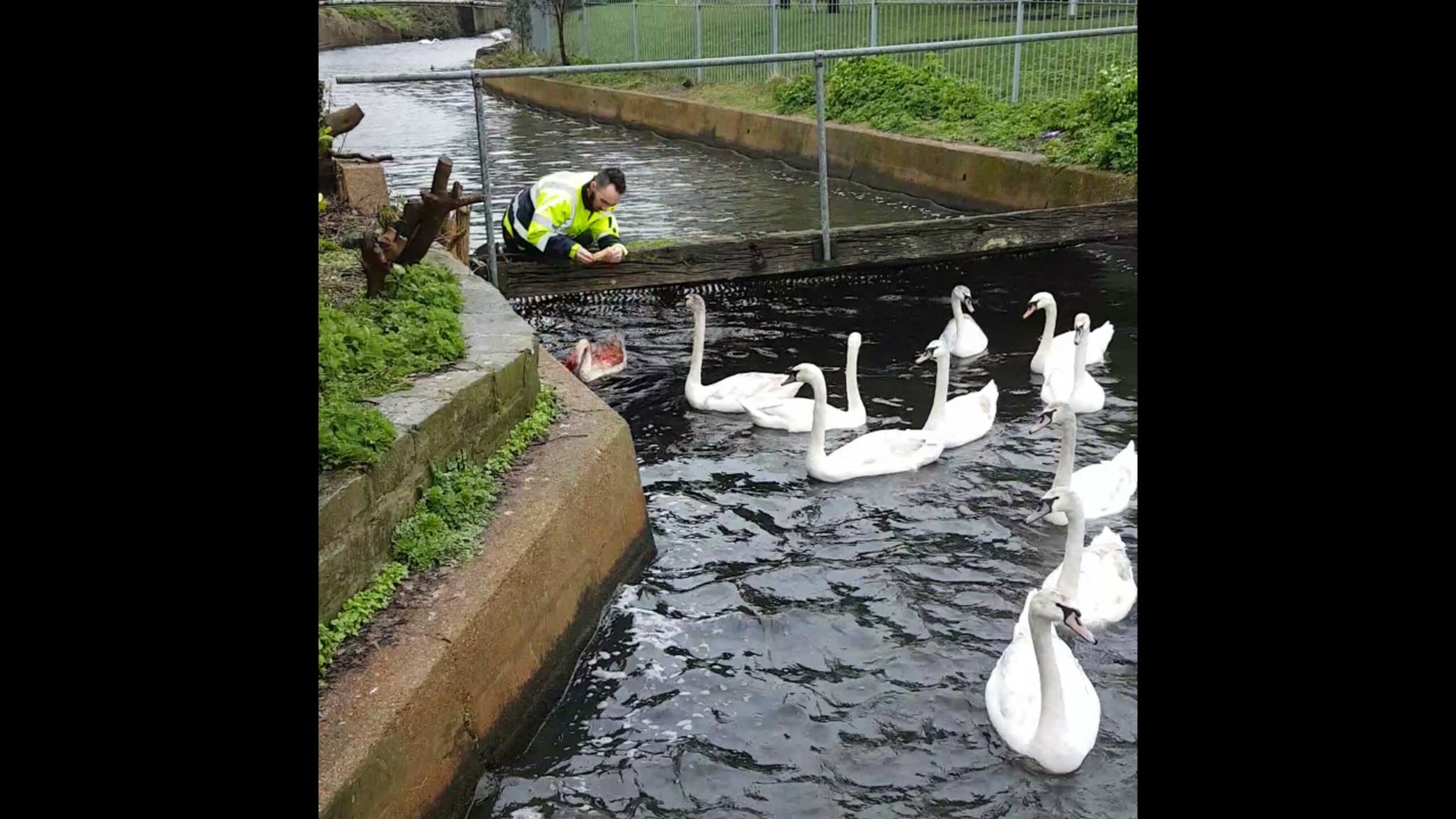 East Sussex WRAS rescuers rushed to Princes Park in Eastbourne  today after reports of a swan with blood on its head and body.

Rescuers Chris Riddington and Katie Nunn Nash attended on site and found the swan in the inlet stream at the Wartling Road end of the park.  "There was blood around the swan's head and on its back where it has been preening. The swan kept shaking its head and was clearly in discomfort" said Chris.

Rescuers had to carefully cross the weir just upstream in order to catch the swan by hand, as using a swan hook would potentially cause additional damage or injury to the swan.

"These rescues are always tricky. When we normally catch a swan you grab hold of their neck using a swan hook, on this occasion the use of a swan hook was not appropriate due to the injury. Using bread I encouraged the swan towards me, and reach down and grabbed the swan using my hands in a more controlled and careful way to prevent any further injury" explained, Chris.

The swan was transported up to WRAS's Casualty Centre at Whitesmith where Trevor Weeks MBE examined the swan and gave emergency first aid. Photos were sent to veterinary staff at the Swan Sanctuary at Shepperton for assessment and agreed to get the swan up to their veterinary facilities for specialist care.

"The swan had blood coming from one of its eyes and nose, the cause of which is unclear, but we suspect it may have crashed into something hitting its head. The Swan sanctuary may have to X-ray the swan and place it on IV fluids" added Trevor.

The swan was driven up to the Swan Sanctuary by rescuers Andrew and Charlotte Loftus for specialist care.

At the swan time as rescuing this swan another was released at Princes Park after crash landing on Royal Parade on Eastbourne seafront on Tuesday morning. 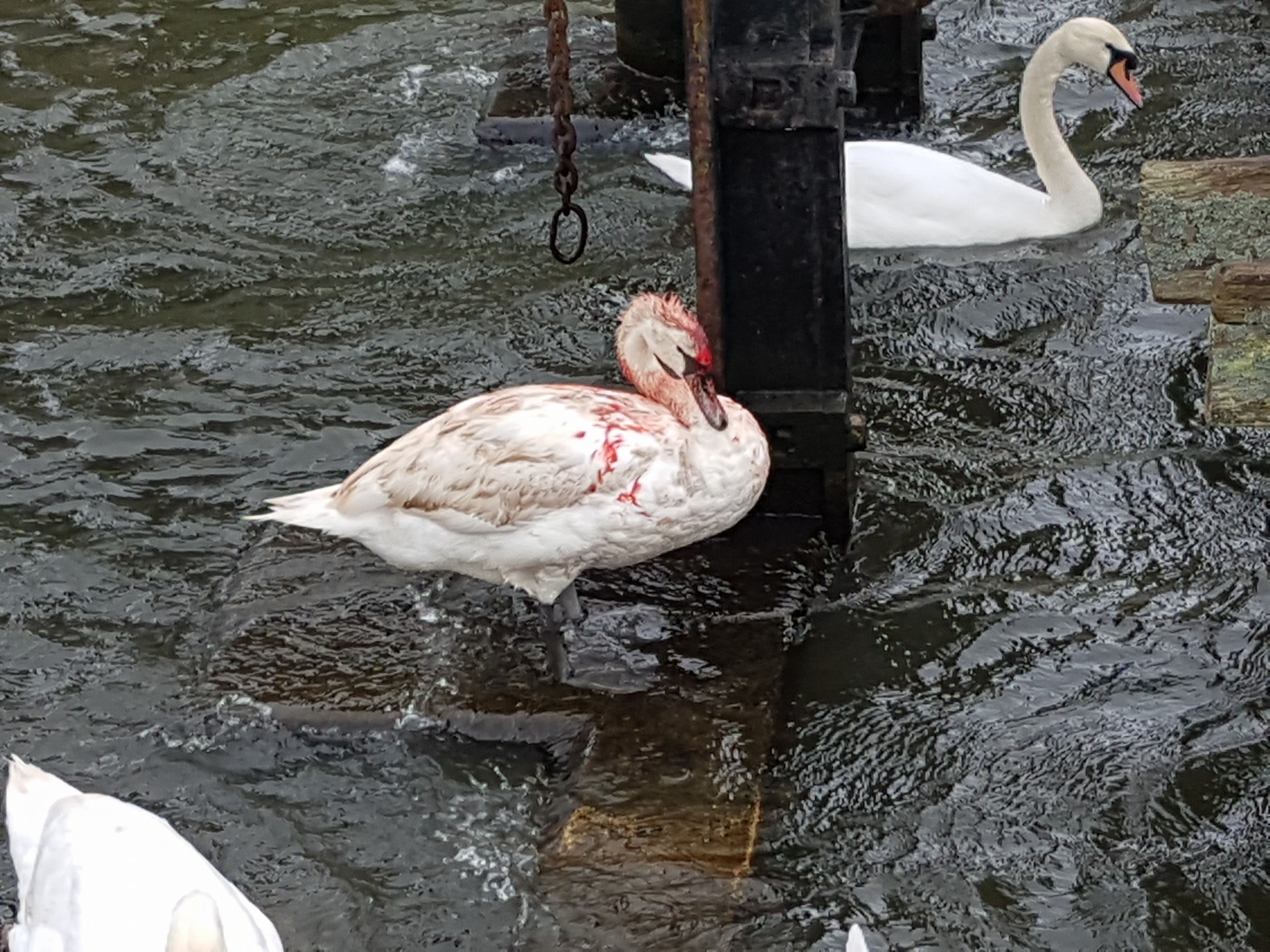 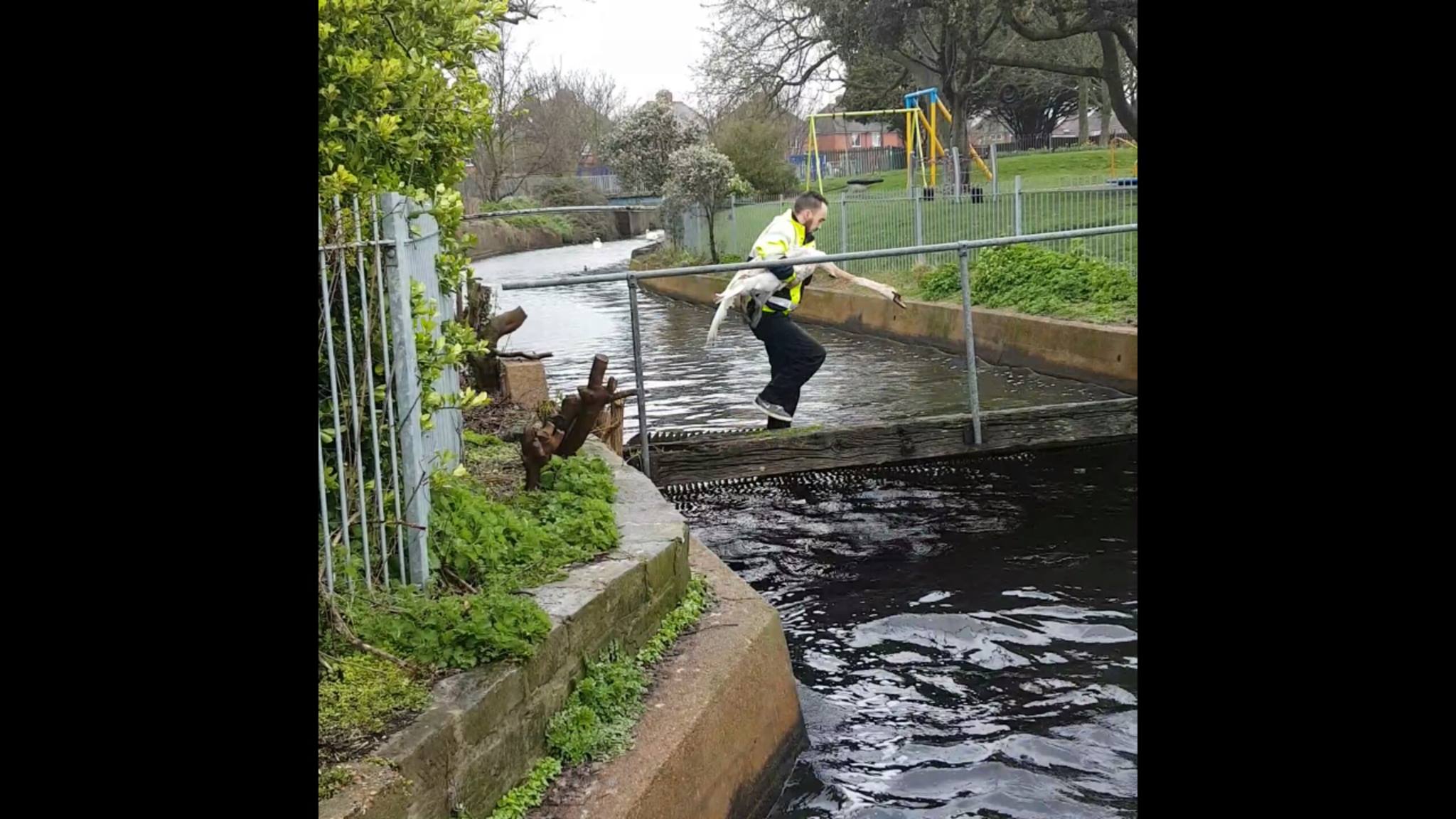 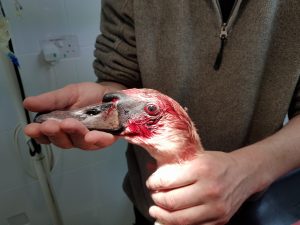 A year ago we put out a plea for newspapers along with this photo! We are in the same situation this year too, so anyone with newspapers who can start dropping them off on a regular basis would be really appreciated. Our address is: Unit 2 The Shaw Barn, A22, Whitesmith, BN8 6JD. You can find us on Google Maps at g.page/eastsussexwras?share ...

We have a variety of items on our Amazon Wish List which you can purchase and donate to our charity. Just click on the link below and see what we need and Amazon will forward it to us! Its a great way to give you you would rather not send money. And just as appreciated by us and the wildlife we treat!

Well its been an extremely busy year for WRAS. We are only 70 away from hitting 5000 casualties in one year for the first time! We are now predicting our end of year figure to be around 5300 casualties! Reg Charity 1108880. www.wildlifeambulance.org ...