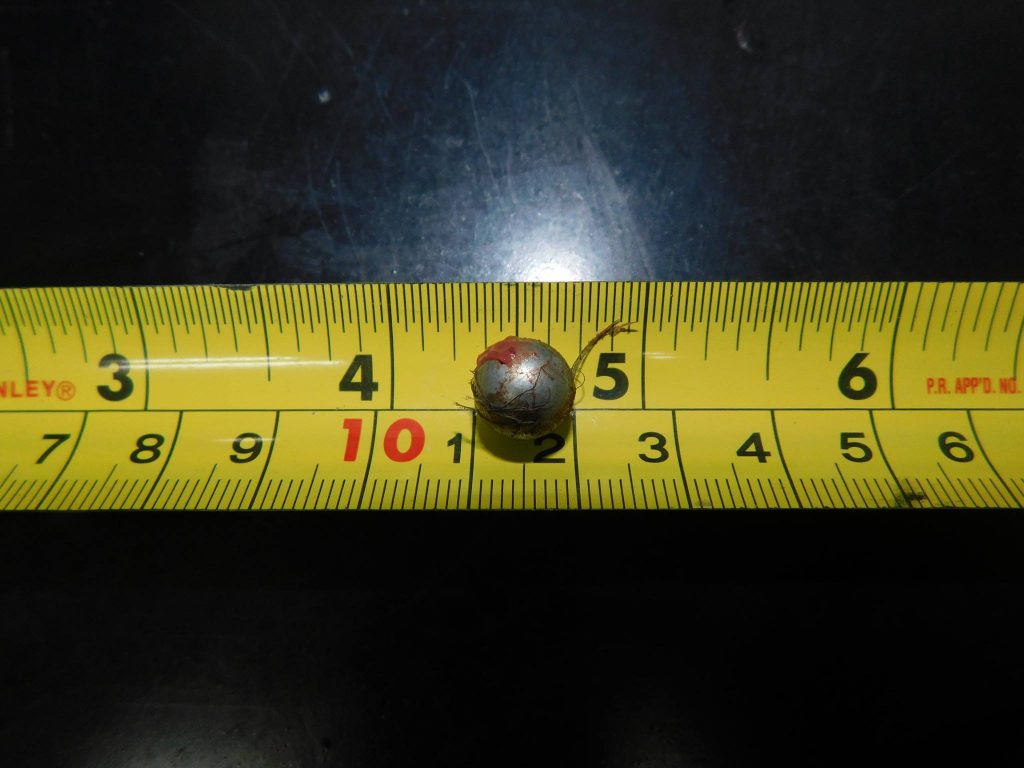 East Sussex Wildlife Rescue & Ambulance Service (WRAS) are extremely concerned for both the public safety and local wildlife after a feral pigeon was found behind Costa Coffee next to Hailsham War Memorial shot with an 8mm ball bearing which is thought to have been fired using a catapult.

“We were quite shocked when such a large ball bearing fell out of the wounds as we were cleaning the poor bird’s injuries,” said Katie Nunn Nash, WRAS Casualty Manager.

Sussex Police was informed straight away by WRAS as the wounds appeared to be fairly fresh and WRAS rescuers were worried that the person responsible may have been still in the area. 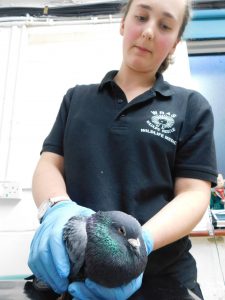 “These incidents are really distressing for our volunteers to deal with and are no doubt extremely painful for the victims too,” said Kathy Martyn, WRAS Casualty Manager.

WRAS rescuer Karen Francis attended on site to rescue the pigeon which kind-hearted staff at Costa Coffee had called WRAS to.  Karen said, “It was obvious the bird was injured when I picked him up so jumped in the ambulance and rushed him back to WRAS’s Casualty Centre where Casualty Managers Kathy and Katie were waiting to assess his condition.”

“I was really shocked and I’m still quite upset, to be honest,” added Karen,”we deal with so many injured wild animals and birds, but when you come across one which has been hit and left to suffer in such a cruel manner, its really upsetting.”

WRAS Founder Trevor Weeks said “Despite emergency first aid and veterinary treatment, the pigeon passed away soon after being admitted. Clearly, an offence has occurred here as the bird was left to suffer and not killed.  I suspect that using a catapult or other weapon in such close proximity to the pedestrian area of the town is also an offence.  We would urge anyone with any information to contact Sussex Police quoting reference 0904 or 21st November 2016, in the hope that this person can be stopped before someone’s cat, dog or child becomes injured.”

The lady holding the pigeon is Katie Nunn Nash one of WRAS’s Casualty Manager. 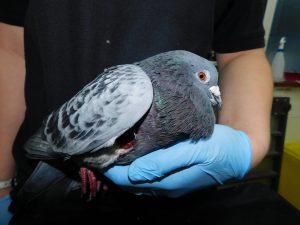 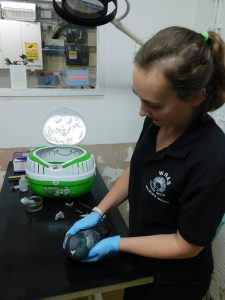