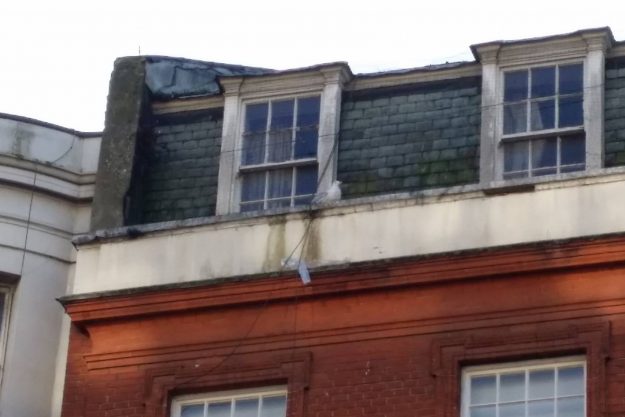 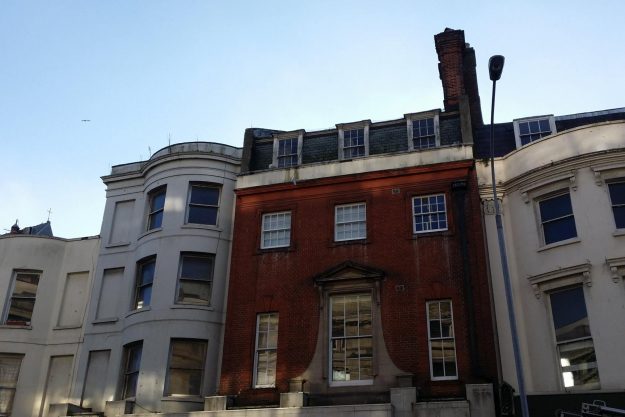 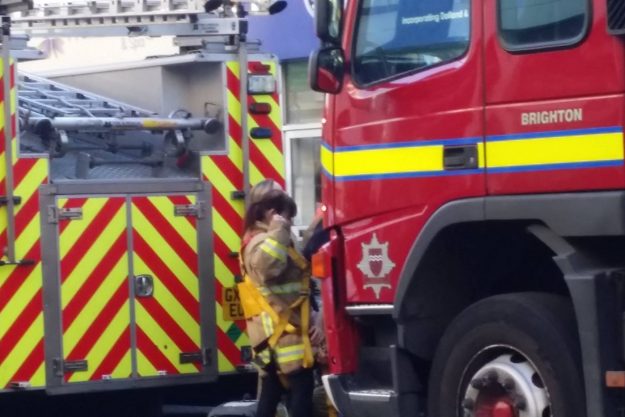 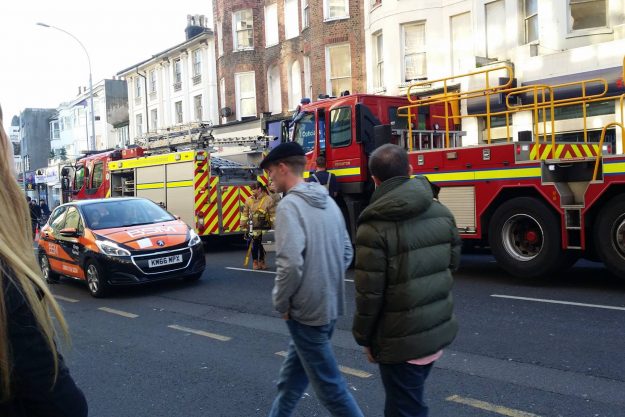 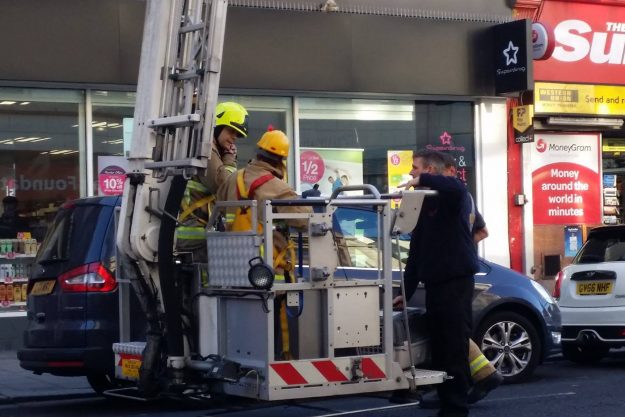 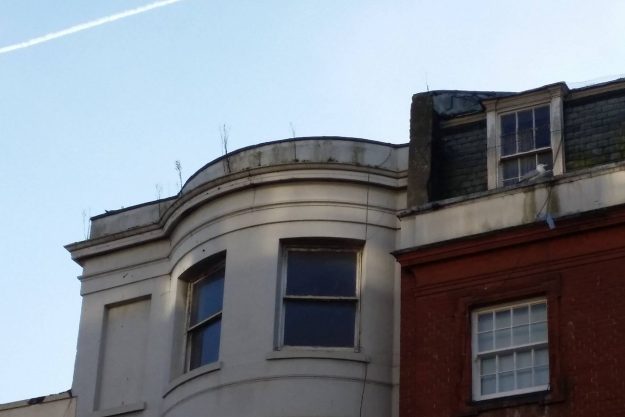 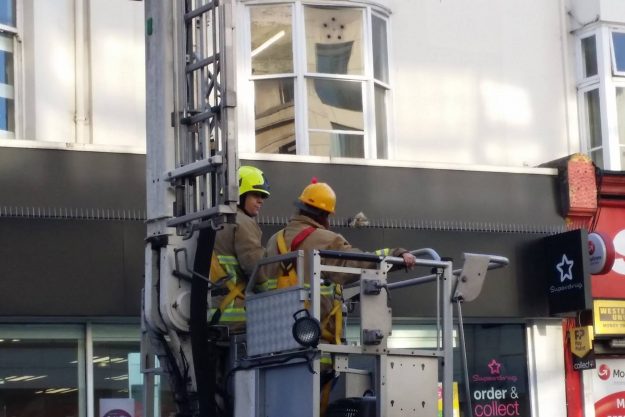 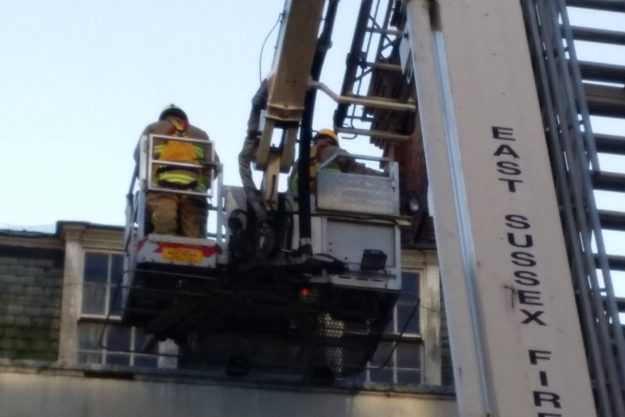 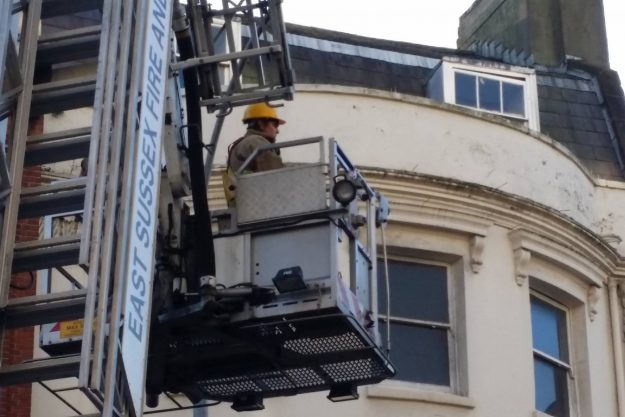 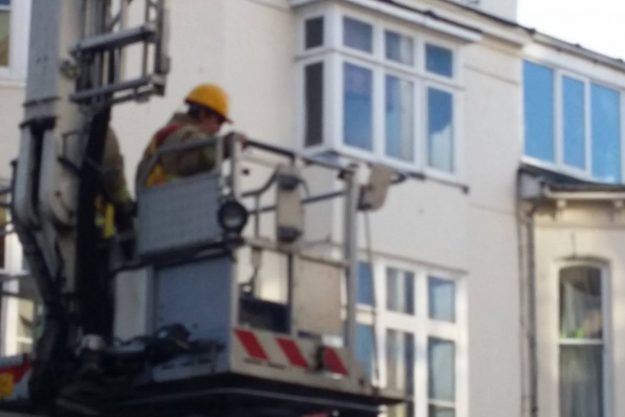 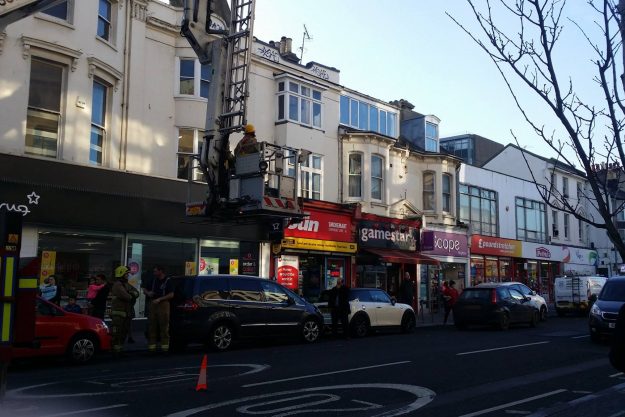 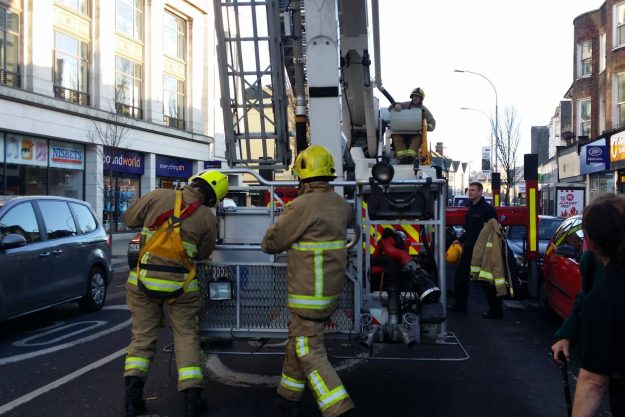 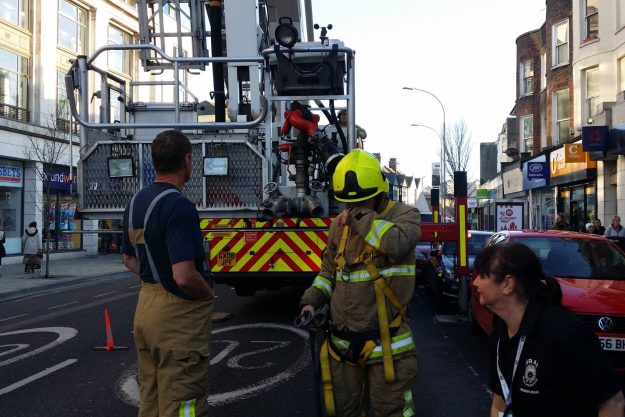 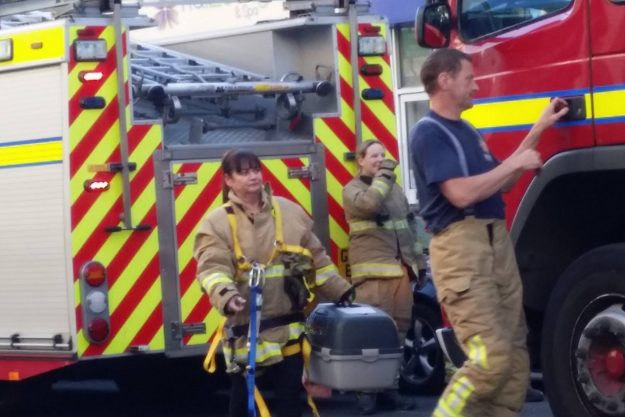 Rescuers from East Sussex Wildlife Rescue and Ambulance Service were called to London Road Brighton Saturday afternoon, due to reports of a trapped gull on Natwest Bank. Callers had tried other closer organisations but no one was available to attend at the time.

Rescuer Karen Francis from Eastbourne and Care Student Jack made the 40 minute journey from WRAS's Casualty Centre in Whitesmith. When they arrived rescuers soon realised that this would be to high for WRAS's ladders. "When we arrived we soon saw that the poor bird was trapped behind netting four storeys up" said Karen, "it was just too high for us to attempt a rescue safely with our equipment, we tried to see if we could get to the window but this proved impossible too, so I had to call the fire brigade" she added.

East Sussex Fire and Rescue Service sent an appliance to the scene. They requested that their aerial platform appliance attended for safety reasons. Rescuer Karen was quite surprised when firefighters turned to her and asked her to kit up. "I thought they were joking when they told me to put the uniform on" Karen said "they asked me to go up in the ladder and help them rescue the bird".

Karen and the Fire Service went up in the aerial platform and fire officers and Karen managed to secure the gull safely. Once back on the ground Karen assessed the casualty and decided the best thing to do would be to get it back to WRAS's veterinary hospital.

On arrival Rescue Manager Chris Riddington gave the gull a once over. "The poor thing was obviously quite stressed and was clearly dehydrated" said Chris "we managed to re-hydrate him and settle him down. Luckily he didn't sustain any injuries from the ordeal".

"Sadly this is an all too common problem that our wildlife face. Poorly maintained netting can cause slow and painful deaths from dehydration, starvation and sometimes worse if they get their heads caught", said Chris "we deal with so many rescues with animals caught in netting, be it goal netting, bird netting or pond netting. Most of the time it can be avoided. Sadly WRAS are left to pick up the pieces. No animal be it bird, fox, cat or dog deserves to suffer that way. Especially a way that can be avoided all to easily".

Thank you to East Sussex Fire & Rescue Service and everyone involved.

PHOTOS: These photos can be used by local media to East Sussex free of charge, for all other use please contact WRAS on 01825-873003.