The month of May saw a dramatic rise in the number of phone calls being received and the number of casualties being admitted. In April almost 400 casualties were dealt with but this shot up to over 620 in May. WRAS's phone lines went from dealing with 10-30 calls a day up to 40-80 calls a day.

The baby bird season started slighter earlier than normal due to the nice weather, and has been extremely busy ever since.

Our run of duckling rescues continued into May with an amazing rescue of 16 orphaned ducklings from a Pond in Haywards Heath. Two vehicles, two boats, and numerous rescuers attended and although it took a while and a lot of patience, they managed to successfully catch all 16 ducklings. They were taken to WRAS's Casualty Care Centre at Whitesmith, where they were reared as a group.

On 26th May they were big enough to be returned to the pond much to the delight of the local residents who came out in force to watch.

Only a few days after these were originally rescued, WRAS received yet another duckling rescue call and this one is certainly going into the WRAS Top Ten strangest rescues.

The duck had nested in a false chimney, and she had laid her eggs inside the chimney pot, but she hadn't thought about how they were going to get out. The residents of the house in Uckfield called WRAS after noticing she kept flying up to the chimney and down to the neighbouring pond. They could hear the ducklings cheeping inside.

WRAS sent an ambulance with ladders but it soon became apparent that our ladders were not good enough, and assistance was going to be needed from the local Fire Brigade. An engine from Uckfield Fire Station attended and they quickly set about erecting ladders to help.

There were two ducklings in the chimney and two dead ones sadly. The two youngsters where lowered down to WRAS rescuers where they were quickly taken into care, cleaned up and given a bath. Due to how underweight they were WRAS's Care Team decided to keep them in care and allow mum to have a chance of starting a new nest elsewhere.

Just a few days after this there was yet another duckling rescue. This time a family of 10 ducklings needed rescuing from a small pond near Cowbeach. Rescuers attended and used a boat, long poles and nets to catch them.

With one swift swipe of the net, rescuers were able to catch 9 of the 10 ducklings. The final one proved difficult to catch but was soon reunited with his brothers and sisters. They too are now in care at WRAS but will be released soon.

It was not long before we started getting calls about goslings in trouble. This little Gosling was rescued when he was found struggling to stand and rolling onto his side. He also had a small wound under his wing which was luckily minor. He was sent up to the Swan Sanctuary as we didn't want him to stay on his own.

Back in March we had our earliest baby blackbird ever! They were the first patients in our Orphan Room for the 2020 Baby Bird Season.

They have now been released back into the wild via one of WRAS's soft release avairies. We don't hard release baby birds and animals. They all go into pens and avairies to acclimatise and then have a gradual introduction to the wild.

By Mid-May WRAS's phone lines were red hot regularly receiving over 50 calls for help at day and that excludes the evening and night time calls!

After being caught by a cat on Sunday 10th May this swift was tired, in shock and a little underweight but luckly had no wounds serious injuries from the cat. He had precautionary antibiotics and a few days of being fed and then passing the all important test flight! So on 15th May she was able to return home where she was found in Weald Way Barcombe.

Despite common belief, healthy swifts are able to take off from the ground. If you find a swift in the ground please dont 'throw' it in the air to get it to fly, there is a reason why they have become grounded.
Sadly this is the 2nd swift we have had this year and the 1st we sadly lost her just over 24 hours after coming in, we think sadly there must have been internal injuries that we were unable to see.

On the 16th May we had the little pheasant chick come into care. They were found running around in a garden in Seaford, and despite the finders having waited to see if their mum would return, she was never seen again.

When they arrived at the center they were checked over and luckily none of them had injuries, although 2 of them were very lethargic and quite cold and would seem they had been on there own for a little while.
They were all placed in one of our incubators to warm up and then were offered some fluids to slowly start to rehydrate them.
Once rehydrated they were encouraged to start eatting and have been doing very well ever since.

This is a rat trap. Every year we have hedgehogs which come into our care, after being caught by such devices. It is illegal to set such traps where they could harm non-target species. The hedgehog which was caught in this trap from Ringmer on 18th May has been dragging this trap around for a while after triggering the device. The hedgehog was rushed to our vets for assessment but due to the level of infection and the severity of the damage the hedgehog had to be put to sleep.

We’d like to say a massive thank you to Coffee and Co Cafe at Heathfield Co-op for kindly donating us all this bread! We struggled to find enough freezer space to store it all! The foxes, badgers, ducks, and swans certainly enjoyed enjoy it very much!

May saw us deal with two grass snakes entangled in netting. This harmless grass snake became entangled in netting in a garden in Cross-In-Hand. Rescuers Ollie Long and David Turner attended and were able to rescue the snake, but due to how tight the netting was the snake had to be admitted into WRAS's Casualty Centre where Casualty Manager Karen Francis was able to cut the rest of the netting from the body safely. The second incident was in Alfriston. On this occasion two grass snakes became entangled in netting, sadly one had died before rescuers arrived but the other was rescued and taken to WRAS's Casualty Centre. After some time with WRAS's Care Team the amazing creature was returned and released back in its home range.

A huge thank you to everyone who has donated items from our amazon wish list, it has been like christmas when everything that has been arriving.
Many have sadly arrived without names to thank you directly but many have arrived with names and a huge thank you to Istvan Radi, Mika Dave, Amanda O'Rawe, Mrs MF Harvey, Zoe Ross, Mrs Freda Joan Moon, Wendy Meyer, Natalie Caddick, JuliaO'Brien, Wendy Plowman, Jeannette Hamilton, Liam Tucker, Angela Abbott, Andrew Clarke.
All donations at the moment are so great fully received by staff, volunteers and all the casualties in care. if you would like to send us a donation from our Amazon Wish list click here.

The end of the month was home time for two badly injured gulls.
One was rescued from Seven Sisters Road Eastbourne, unable to fly. Luckily they had no broken bones but was rather underweight so with some food and weight gain she was quickly back to strength.
The other wasnt quite so lucky, she came in with a fracture to the right wing, an xray was taken and it wasnt as bad as we thought so were positive for a good outcome. Over the last week they have been buildling strenth and today decided to keep sitting on our high cages during a test flight so was given the okay to return home.

However, despite the above calls, the vast majority of calls this month has been to young birds and mammals. There is still a lot of confusion around what should and shouldn't be left alone. Basically if a baby bird is bald, or fluffy it is normally out of the nest before it is ready to do so. Generally it is not advisable to return them to nest as you could cause the parents to abandon the entire nest. If a bird is fully feathers no fluffy on it part from a very small amount on the head, it is likely to be a fledgling, one which is in the process of learning to fly. These are the ones which should be left alone. If in harms way, they can be moved a short distance to safety, but should where at all possible stay in their home range. If there are predators around you can place them up on top of a hedge or in a bush for added security. 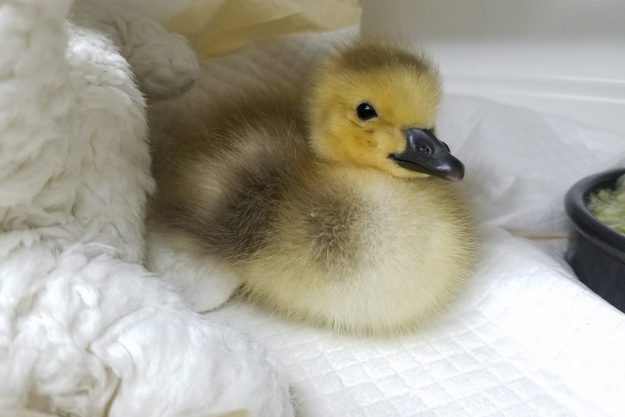 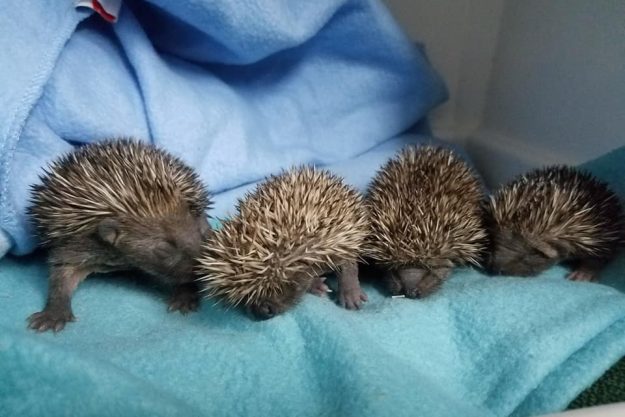 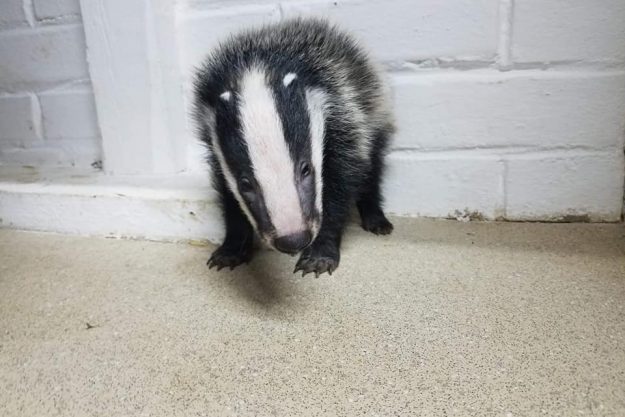 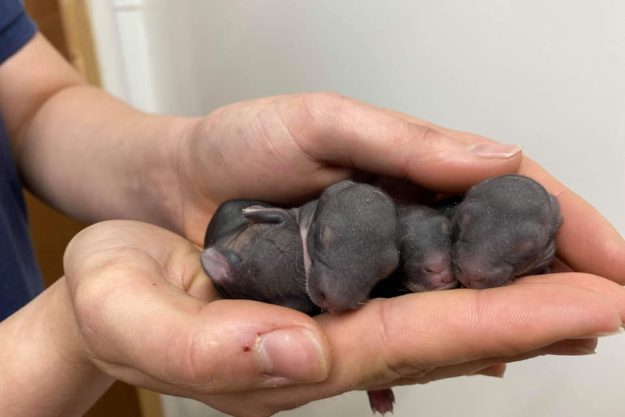 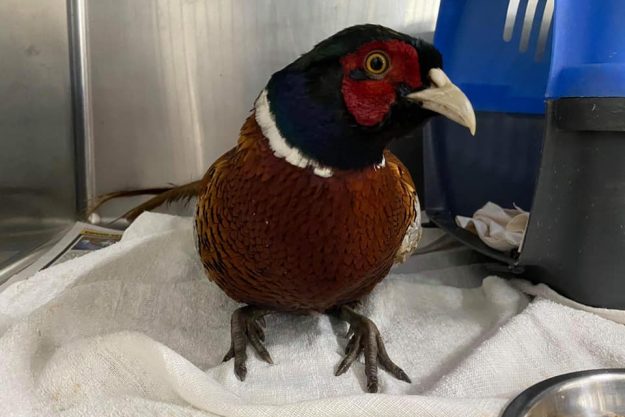 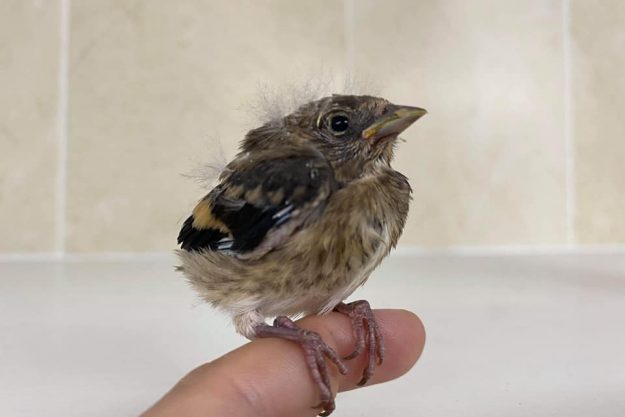 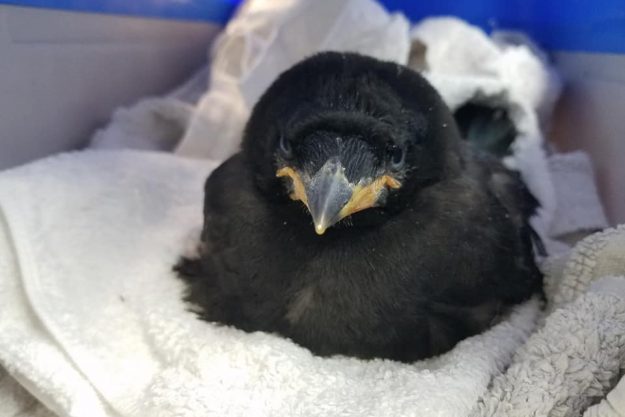 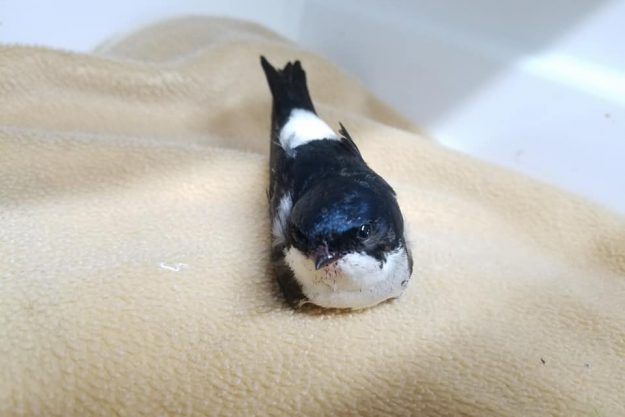 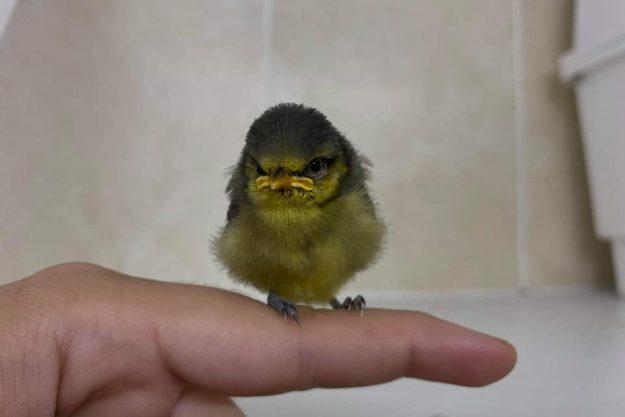 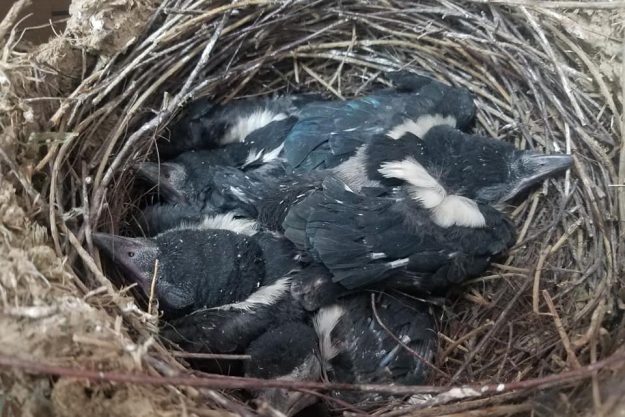 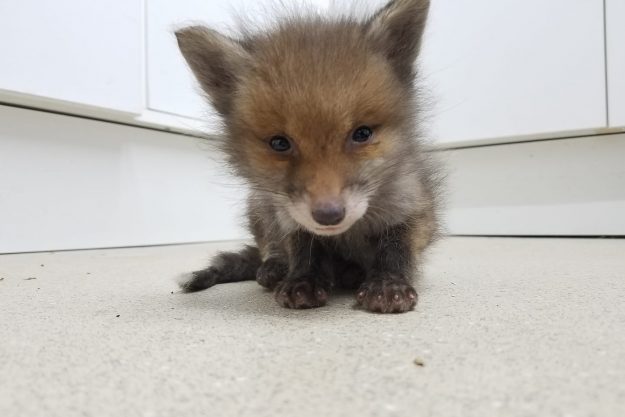 Just a few of the casualties that have arrived today ... ...

You can now live stream your game play online and fundraise for us with @GiveasyouLive's dedicated hub for gaming fundraising! Its free to use and helps support our charity! Why not give it a try, just remember to invite all your friends to watch and donate!

This little badger cub came to us on the 20th Feburary after being found out of his sett, calling and suffering from multiple puncture wounds.
These wounds were treated and he has stayed with us untill we were happy he was out of the woods.
Having almost doubled in size and the wounds healed it was time he moved to a center where they had the specific facilities needed for his further rehab and eventual release.
A huge thank you to Wildlife Aid - home of TV's Wildlife SOS who have today taken him on to continue his rearing and rehabilitation!
Reg Charity 1108880 www.wildlifeambulance.org