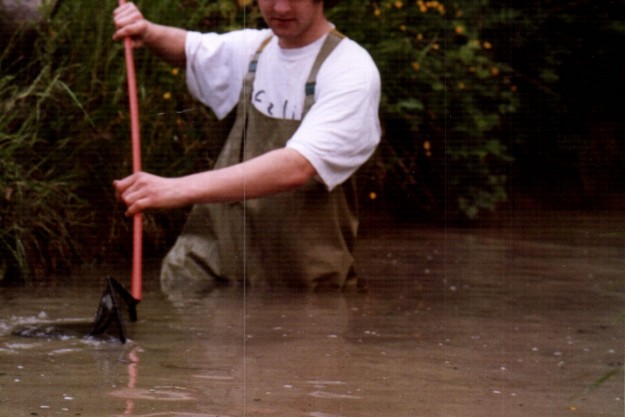 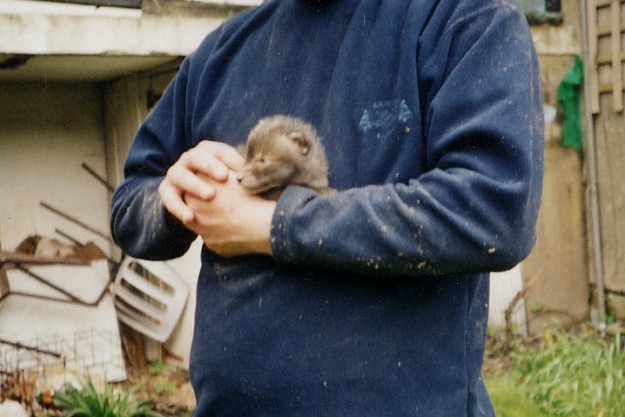 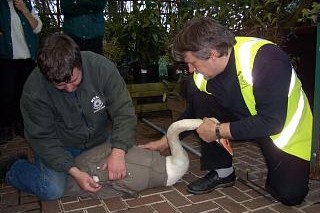 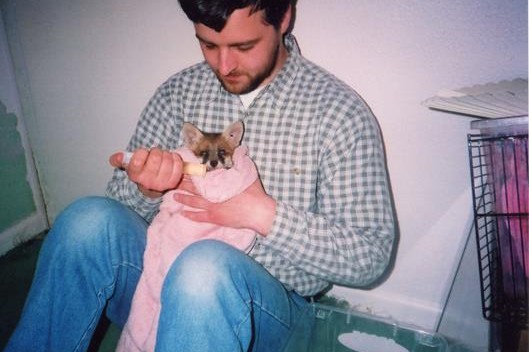 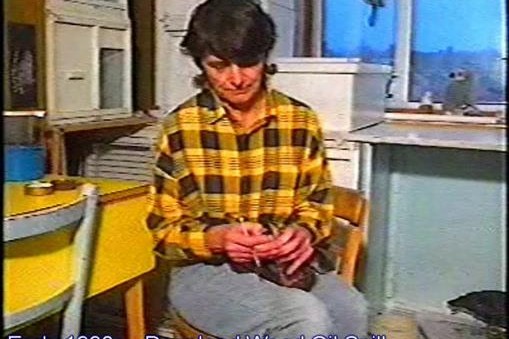 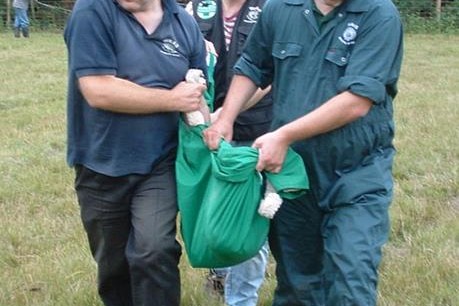 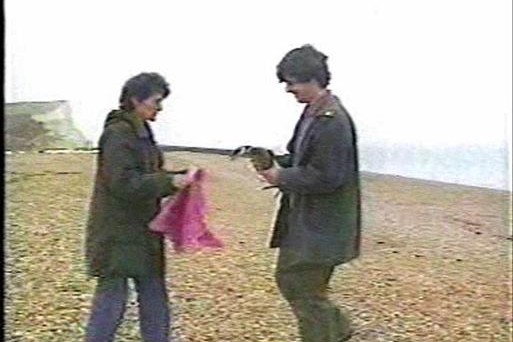 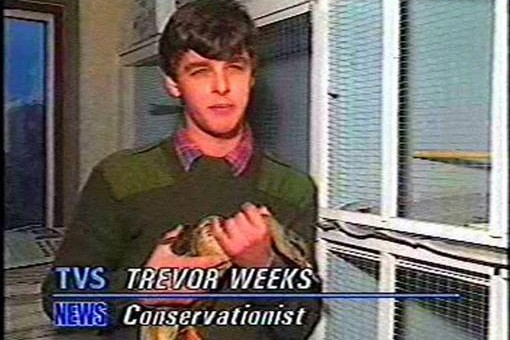 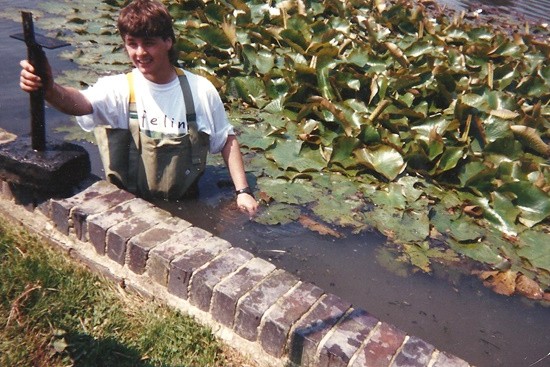 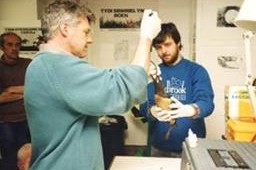 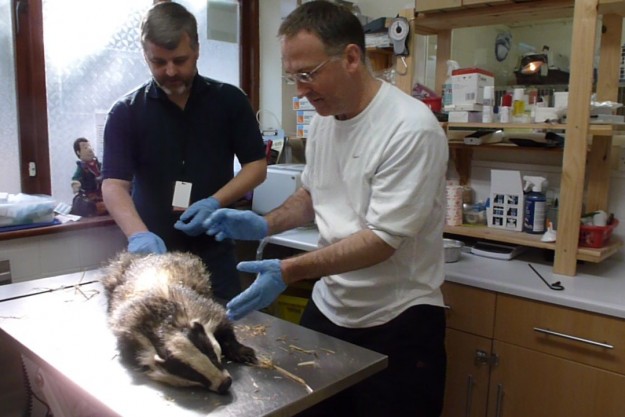 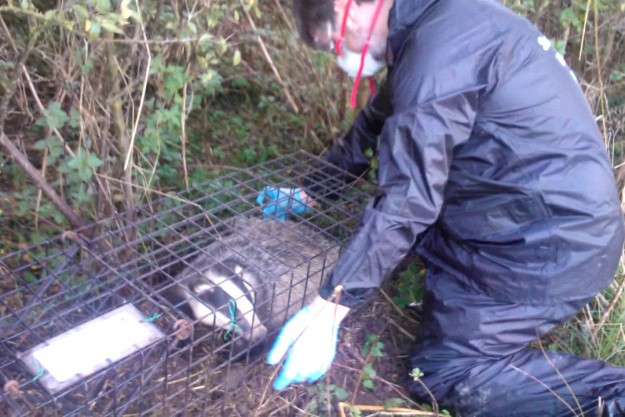 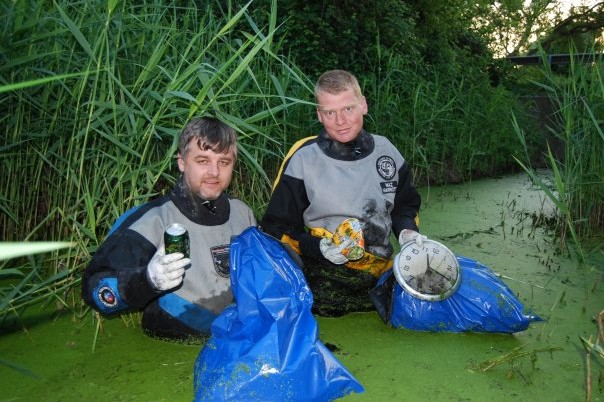 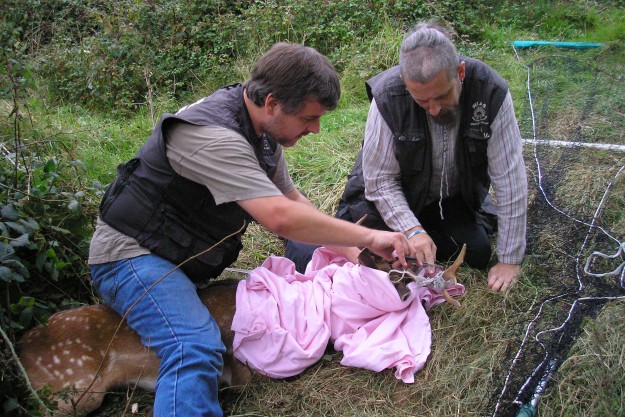 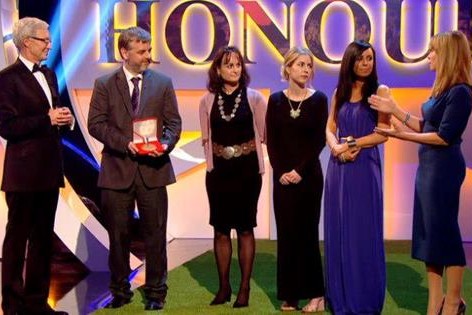 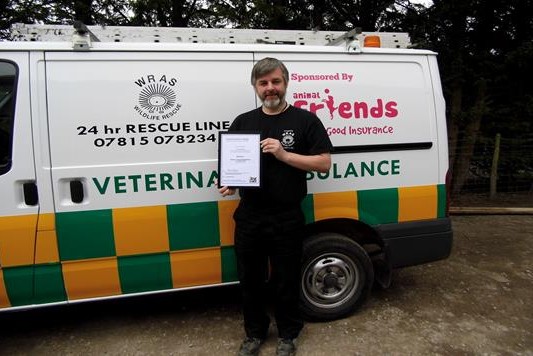 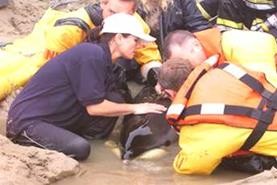 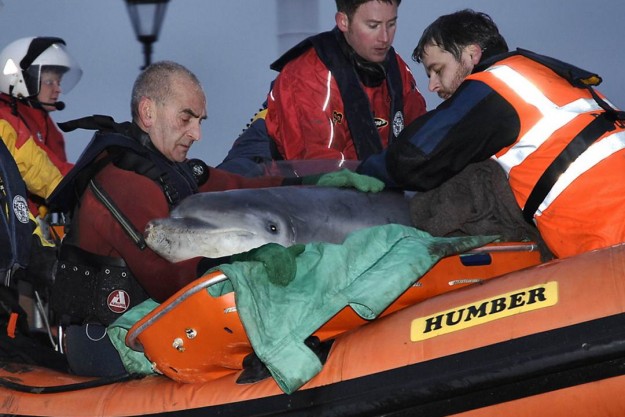 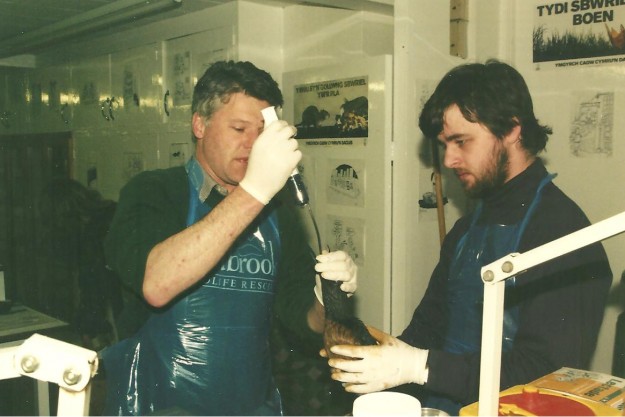 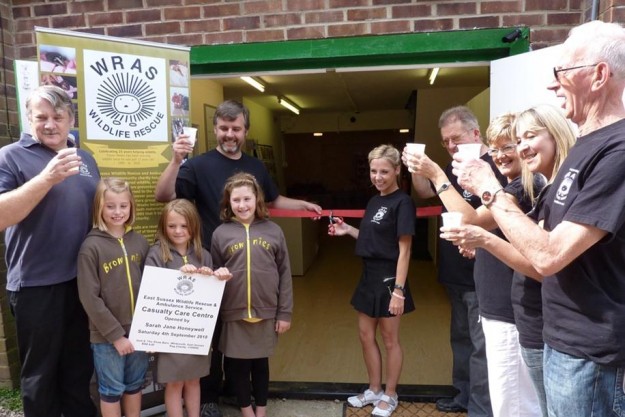 TO MAKE A DONATION SCROLL DOWN:

Founder Trevor Weeks MBE of Uckfield, who was raised in Hailsham and born in Eastbourne, started undertaking wildlife rescue and conservation work back in 1985 when he was just 13 in and around the Hailsham and Eastbourne area.

The first ten years Trevor spent most of his time helping a variety of organisations like the Conservation Volunteers, local Badger Group, Amphibian and Reptile Group, and various individuals who ran small bird and wildlife hospitals from their homes. Trevor started volunteering with Meta Mann who ran a bird hospital from her home in Seaford and collecting oiled covered seabird like Guillemots and Razorbills and delivering them to her as well as helping to wash and clean them. Once Trevor could drive and had his own car he started doing more rescue work and helped the Fox Project and Swan Sanctuary.

In 1993 Trevor lost his mum to cancer which had a big impact on his life which he struggled to deal with, but his voluntary work really help pull him through. “It was my mum which got me interested in animals and nature, we always had one animal or another at home, which she always said were the responsibility of my brother and I to look after and of course she would always be the one who ended up looking after them.  They included chicken, terrapins, rabbits, guinea pigs, fish, cats and dogs.” Said Trevor.

1996 saw Trevor attend the Sea Empress Oil Spill in Millford Haven in Wales. East Sussex Wildlife Rescue was formed later that year after Trevor ran up a vets bill of over £1000 and was struggling to pay off the fees.  Vet Robin Hooper from Downwood Vets in Horam, gave Trevor a challenge to set up his work as a voluntary group and get a committee and fundraising going, and in return Robin offered to cut Trevor’s bill in half. Trevor rose to the challenge and within 6 months East Sussex Wildlife Rescue was born.

“I owe Meta and Robin a lot as I don’t think I would be where I am today if it had not been for their influence and support for me and for seeing my potential. I learnt so much from them.” Said Trevor.

Trevor trained in computer programming and worked work various companies but undertaking his wildlife rescue work as his hours were flexible. The only time Trevor has not been able to undertake his rescue work was for about six months at the end of 1999, when he took on a programming job working in London. Eventually Trevor gave up this lucrative job earning over £32,000 a year in 2000 to come back to Sussex. Working just part Trevor then put a lot of his time into undertaking wildlife rescue work and trying to develop the organisation into a charity.

Over the years Trevor has also worked for International Animal Rescue in Uckfield and then moved over to their sister charity British Divers Marine Life Rescue where he became their National Co-ordinator helping to support volunteers around the country undertake whale, dolphin and seal rescues. Including helping going to Cumbria for a two week operation to save a dolphin trapped in a harbour  and helping to training people in Canada in how to rescue marine life.

At one point Trevor had to reduce his rescue work for a couple of years after being warned by his doctor he was close to having a heart attack if he didn’t start taking it easy.  Trevor has even ploughed all of his £10,000 savings into the charity to save it when it came close to closing back 2007.

In 2005 WRAS was formed as a registered charitable company. In 2010 Trevor moved to work part time for the charity on minimum wage thanks to sponsorship from International Animal Rescue and late 2010 WRAS opened the doors to its current Casualty Care Centre at Whitesmith on the A22 between Hailsham, Uckfield and Lewes.  The centre is now capable of holding up to 300 casualties at a time.  In addition to this the charity has four veterinary ambulances and over 100 volunteers who work hard to keep the charity going.

The charity has grown to become an award winning charity and in 2010 the charity received an IFAW Animal Action Award at the House of Lords, in 2012 Trevor was named in the Queen’s Birthday Honours List receiving the MBE for services to animal welfare, later that year he received the BBC Sussex & Surrey Community Heroes Award for Animal Welfare, and in 2013 the charity won the Local Animal Charity of the Year in the ITV1 British Animal Honours.   Trevor’s work has also been recognised by both the Eastbourne Herald and Gazette in 2005 when he won a Volunteer Award and in 2010 received an award from local radio station Sovereign FM.

“WRAS’s workload has always been much higher than it can cope with but we want to change that and help even more casualties than ever before!  Millions of wildlife casualties are euthanized at vets up and down the country due to the lack of facilities for these casualties to go to, but in East Sussex they have WRAS and we are saving thousands of wildlife casualties as a result of the public support we receive. I find WRAS really fulfilling and get a great sense of pride from working with everyone at WRAS, they are a great team and so caring” said Katie Nunn Nash  one of WRAS’s Duty Managers.

WRAS now receives about 3-4000 calls a year which is growing steadily, but is unable to deal with the workload, but is ever expanding its facilities to take in a help thousands of casualties every year. During peak time WRAS can receive over 120 calls a day. The average length of time it takes to deal with a call-out is 2.5 hours. This can be much lower at 15 – 20 minutes with simply cases close to the centre but rescues can turn into days, with Trevor’s longest rescue being almost 3 weeks based at Monkton Marshes in Kent in January 2003 when he slept in his ambulance in a field to help a flock of swans which every day kept hitting overhead power cables.

WRAS is asking people to either make a donation of £35 as it’s Trevor 35th year, or £25 as WRAS has been a voluntary group for 25 years or £15 as we have been a registered charity for 15 years or whatever amount they can afford to help support the expansion of the charity and to help increase the charities ability to increase the number of animals they can cope with.

“So many people congratulate me and say what a wonderful job I am doing, when in reality it is our hard working volunteers, generous supporters, and those who believed and had faith in my vision which should be thanked because without them we would not be here nor able to help the thousands of casualties we deal with” said Trevor “ I don’t know where the past 30 years have gone. We have certainly seen our highs and lows and dealt with some weird and wonderful situations.”

If you would like to make a donation:Credit/Debit Card:  Click Here.PayPal: Click Here.Over the phone: Call 01825-873003 between 10am and 6pm.By Post: Send donation payable to "East Sussex WRAS" to:East Sussex WRAS, PO Box 2148, Seaford, East Sussex, BN25 9DE.Thank you so much in advance for your continued support and helping us make such a difference to our precious local wildlife.