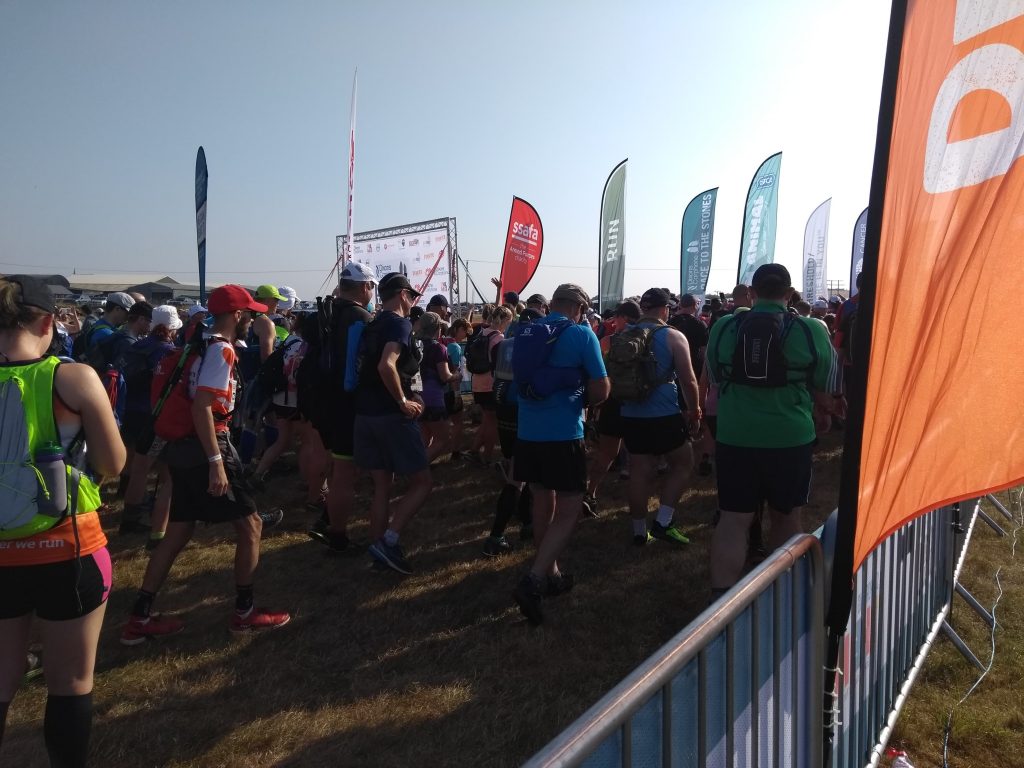 An Eastbourne man has completed one of the hardest races in the England, the Race to the Stones. The 100km non stop race started on Saturday morning at 8:30am. It follows the ancient Ridgeway track finishing at the famous standing stones at Avebury. 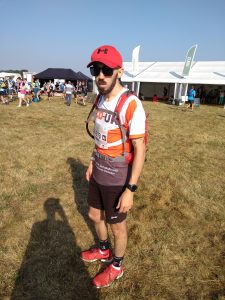 Chris Riddington, Lead Casualty Manager at East Sussex Wildlife Rescue & Ambulance Service (WRAS), was undertaking the race to raise money for the charity who he has dedicated the last 7 years of his life to.

Walking, running, constantly moving along he completed the route in 17 hours 56 minutes and 52 seconds finishing just before 2:30am Sunday morning.

“It was one if the hardest and amazing challenge that I have ever set myself to achieve” said Chris,

“When I finally got to stones it was quite emotional, 100k was in the bag and the finish was in sight. It was a euphoric experience at 2.30am in the morning after being awake for 18 hours of running.” 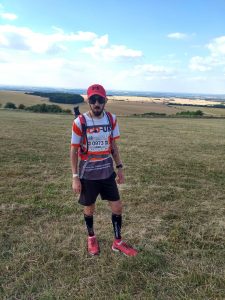 “The sun set was one of the most beautiful I had seen. The colours were changing every km I went along and it really lifted my spirits as I imagined ancient Kings and Queens travelling this historic route”

The race was not without its problems and the day time temperatures reach 30 degrees.

“The heat really made it difficult to stay hydrate and run properly without over doing it. It was beaming down from early morning all the way through until the evening. When the sun set and it cooled down it as amazing” said Chris.

Chris’s partner Laura Carrick had been meeting him at the check points along the route and was there for an emotional finish at Avebury. 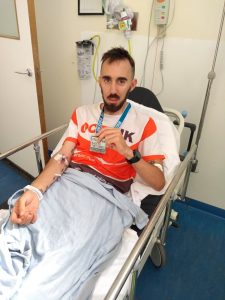 However Chris’s race to the stones suddenly turned into a race to the hospital, when once back at their hotel Chris passed out in the car park resulting in a paramedic car and ambulance attending to him.

“Sadly I struggled to hydrate and ended up collapsing after the race. A scary point after a massive high of finishing the race. It changed rapidly and I was taken into hospital by ambulance and put on a IV drip at 3.30am Sunday morning.  I was given three bags of IV fluids at Basingstoke Hospital over the next 10 hours before being discharged in the afternoon” said Chris.

Chris is now at home in Eastbourne recovering and is hoped to be back on duty at the Rescue Centre on Tuesday.

The fundraising total stood at over £2050 on Monday morning with donations via Just Giving and facebook.  Donations can still be made at https://www.justgiving.com/fundraising/christopher-wras1 or https://www.facebook.com/donate/1881241128835299/.

WRAS founder Trevor Weeks MBE said “I feel so humble that my best mate would put himself through such endurance and exhaustion for a charity I started and believe so much in. I am so proud of him and Laura for supporting him and keeping us updated throughout the day. What an amazing achievement and we are all wishing him a speedy recover, the animals need him too much.”

This very poorly badger arrived this evening having been found collapsed in a puddle.
Hypothermic with a damaged eye and showing signs of possible toxic ingestion. We are doing everything we can to pull her through but the next 24hrs will be crucial. ...

He would really like to be able to help fund some new equipment for WRAS's orphan team this spring and summer as they have various items like teats, syringes, bowls, food, incubators, heat pads, and aviary panels they need every year.

To help celebrate his big 50 please make a donation to East Sussex WRAS.

We haven't named him yet - suggestions welcome! ...