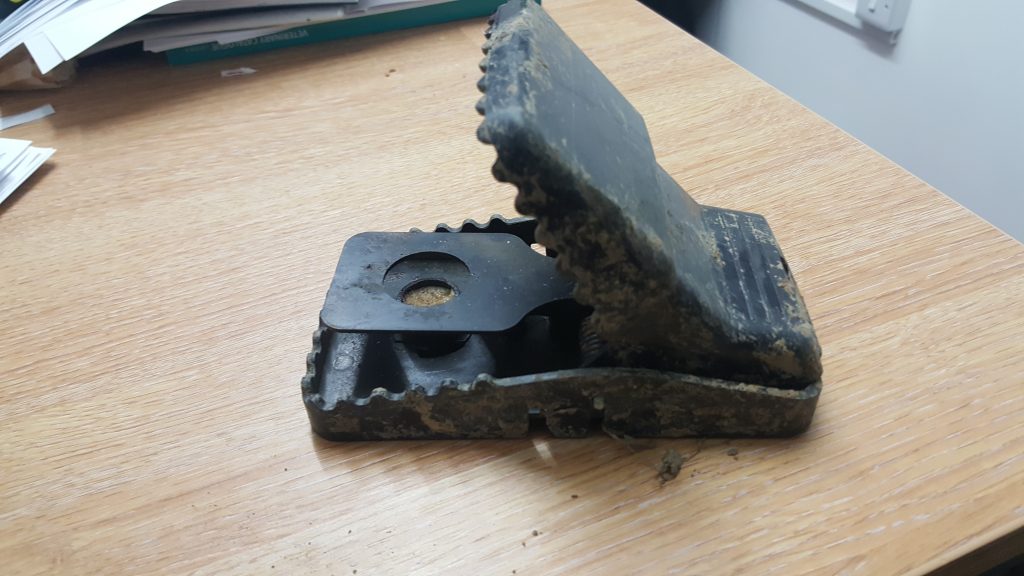 A lady in Rye Close Polegate had a shock when she found a seriously injured hedgehog in her garden attached to a rodent trap.

The starving adult hedgehog, as thought to be freshly out of hibernation, looking for a tasty meal has found a Rat trap with some taste food in it and unfortunately sprung the violent trap that became attached to one of its front legs.

Rescuers were horrified when they arrived on the scene, and quickly removed the hedgehog from the trap and rushed her up to WRAS’s Hospital at Whitesmith for emergency treatment.

“The leg was fractured and there was extensive tissue damage. Where the pressure had been applied the tissue had swollen cutting off the blood supply resulting is further tissue damage. It was horrendous. It was clear the injury had not just happened and potentially the poor creature has been dragging the trap around for a couple of days or more. ” said Lead Casualty Manager Chris Riddington. 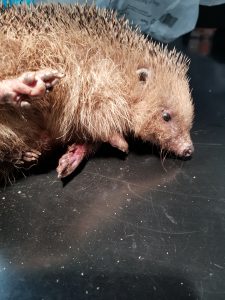 One of WRAS’s vets was contacted and as result of the extensive damage, the hedgehog had to be put to sleep.

Fay Vass,  Chief Executive, British Hedgehog Preservation Society said “Hedgehogs are listed on Schedule 6 of the Wildlife and Countryside Act and may not be trapped without a licence.  This means that if a trap is set, albeit intended for something else, and it catches a hedgehog, then the person who set the trap can be prosecuted. Anyone setting a trap is obliged to take all reasonable precautions to avoid catching non target species, it is almost impossible to ensure hedgehogs cannot be caught when using this trap (or any similar one) so whoever sets them is at risk of prosecution if a hedgehog is caught. It is no defence in law to say that the catch was unintentional.”

The incident has been reported to Sussex Police, as WRAS believes an offence has occurred.

PC Waters said “as a result of being made aware of the placing of the trap and the catching of a non- target species we have knocked on all the surrounding houses asking questions. If anyone has any information on who has placed this trap please get in contact with Sussex Police on 101 quoting reference 0918 or 5/4/18 and we will investigate further.

East Sussex WRAS is asking anyone with any information about who may have placed this trap to contact Sussex Police on 101 quoting reference 0918 of 05/04/18.

WRAS Founder Trevor Weeks said, "clearly some members of the public cannot use these products as per the manufacturer’s instructions so it begs the question should they be banned from sale. I have said repeatedly, that the use of traps and poisons are just short-term quick fixes that do not address the real reasons and problems at hand. We are supposed to be the more intelligent species so we should be thinking more long term and address such problems with long term sustainable solutions and not with barbaric traps and poisons.” 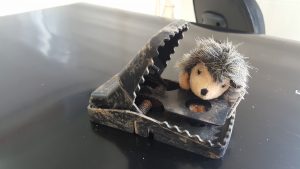