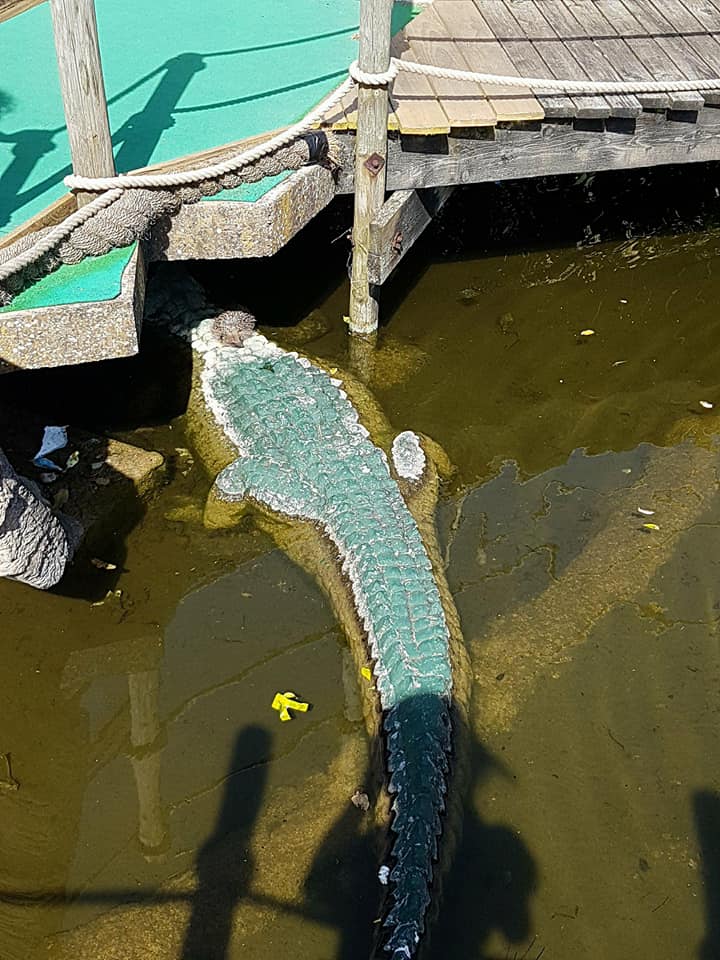 East Sussex Wildlife Rescue & Ambulance Service (WRAS) rushed to the aid of a hedgehog reported as being stuck on the back of a crocodile in Eastbourne today.

Members of the public visiting Treasure Island park on Eastbourne Seafront spotted the hedgehog on the decorative crocodile surrounded by water. "The hedgehog had clearly got a bit lost found himself in the water and climbed out onto this helpful reptile to give him rest." said Chris.

Rescuers from WRAS attended on site to rescue the hedgehog which was in relatively good condition, quite bright and alert.  The hedgehog was checked over at WRAS's Casualty Centre before being bedded down for 48 hours observation. 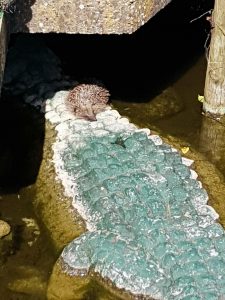 2 thoughts on “Hedgehog Rescued from Crocodile in Eastbourne.”