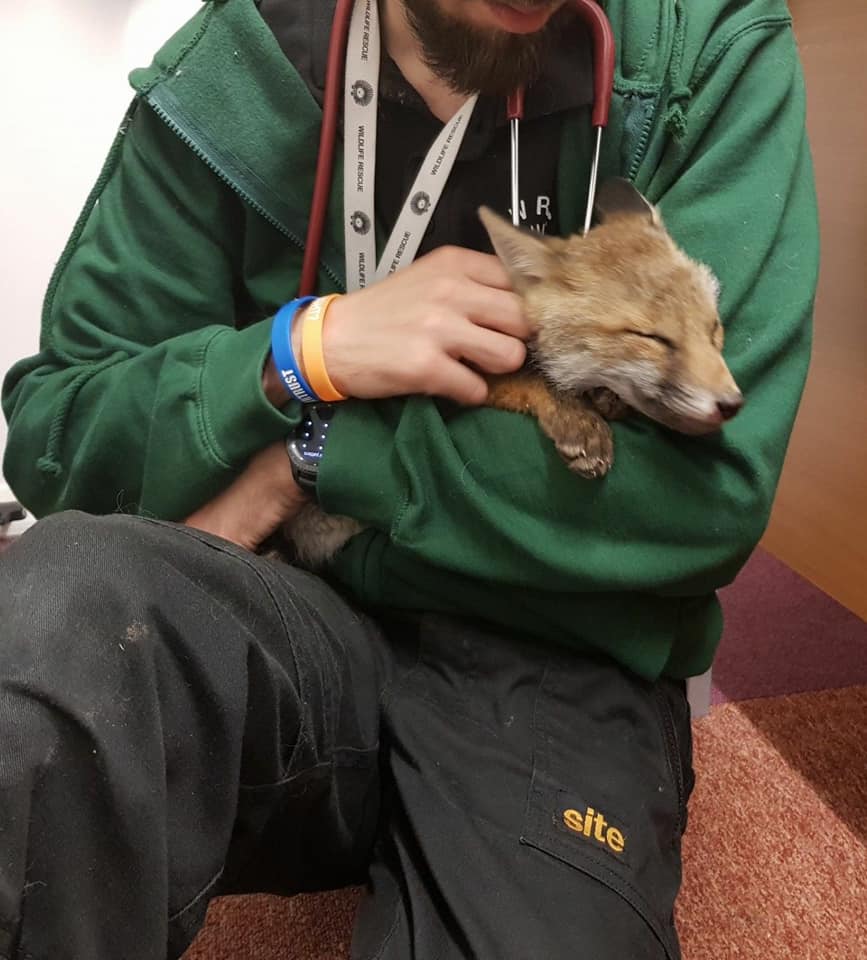 East Sussex Wildlife Rescue & Ambulance Service (WRAS) has been called out to three fox cubs within the last 12 hours.

The first was at 10:30pm (15th May 2018) in London Road Hailsham after being hit by a car. A WRAS volunteers found the cub and kept it safe till a WRAS Veterinary Ambulance arrived. The cub was very poorly and barely alive.  The cub was monitored closely on the way back to WRAS’s Casualty Centre and stopped breathing, so the ambulance had to pull over and emergency first aid given to get the cub breathing again.  Once at WRAS’s Casualty Care Centre vets were contacted and the cub gently warmed up as well as being medicated and give vital fluids.  He was placed in WRAS Intensive Care Unit and monitored closely. Over the next hour the cub regained consciousness and stabilised so was moved to a larger cage and was encouraged to lap cat food mixed with rehydration fluid.  WRAS’s Care Team are working hard to pull him through. 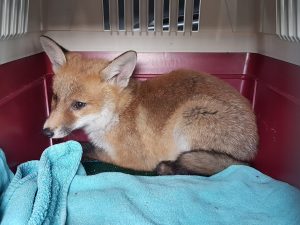 The second fox cub was at 7:20am this morning (16th May 2018) an emergency call was received after a fox cub was found entangled in a child’s football goal netting in a garden in Salehurst Road Eastbourne. The caller came out into their garden first thing in the morning to find the cub running around the garden with the goal attached. When rescuers arrived the cub had wedged himself in a gap between the shed and a wall and was having breathing difficulties. The cub was quickly secured in a carrier and the netting cut free. “It is really important in these situations to ensure the animal is secure before cutting free otherwise it could run off with some netting still attached and cause long term ligature issues. It is also important not to just release them as ligature wounds can be invisible and break down due to pressure necrosis a few days later and prove to be fatal” said Duty Rescue Co-ordinator Chris Riddington.

The cub was admitted to WRAS’s Casualty Centre and will now be observed for a few days to make sure there is no after effects. 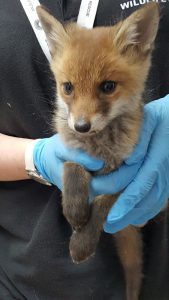 The third fox cub was reported just before 9am and found in the middle of the Royal Eastbourne Golf Course being attacked by crows. Staff at the golf course contacted WRAS and a Veterinary Ambulance attended on site. The small cub had already been boxed up when rescuers arrived.  He was transported back to WRAS’s Casualty Centre where he gum colour was found to be quite pale and he was dehydrated.  “We think this cub may just be in shock from being mobbed by the crows. He is certainly a very adventurous cub and now very lively. We will monitor him closely today and potential try and get him back to mum if possible” said WRAS founder Trevor Weeks MBE.

Fox cubs are quite active at this time of year. They will come out during the day time and play in gardens or sun bathe.  They are now at the development stage where they start wandering around without mum. This is causing them to get into trouble finding themselves in places they should be.  WRAS hopes that all of these foxes will be able to be returned to their families as long as not lasting damage has occurred. 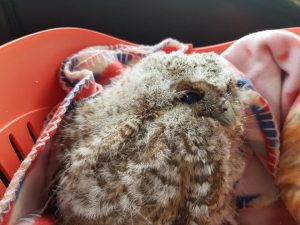 It is not just fox cubs which WRAS is dealing with at the moment.   WRAS has several baby Tawny Owls in care at the moment including two found in the middle of roads. One young owl this morning (16th May 2018) has kindly been flown from Shoreham Airport to Staverton Airport in Gloucestershire by WRAS supporter Graham Mountford for specialist surgery at Vale Wildlife Hospital. WRAS’s Orphan rooms are of many young birds from robins, blackbirds, starlings, finches, corvids, ducklings and rabbits.  In WRAS’s main hospital wards the Care Team are also caring for numerous pigeons and doves, gulls, adult tawny owls, and numerous hedgehogs, of which several have come in with strimmer wounds requiring rear leg amputations. 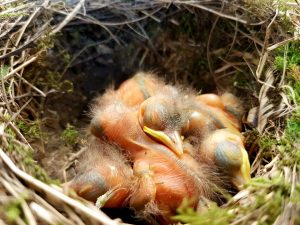 “We have an amazingly dedicated life saving team at WRAS, we have always aimed to be as professional as possible involving veterinary surgeons in every aspect of our work and pushing the boundaries of what we are able to achieve at the same time ensuring we put the animals welfare first at all times” said WRAS founder Trevor Weeks.

As well as having over 130 volunteers WRAS has 4 full time members of staff work on just minimum wage but they also work twice as many hours on a voluntary basis than they get paid for due to their dedication to helping wildlife in need. WRAS is an award winning community charity which deals with over 3000 casualties a year. It is funded entirely on donations and wanting to know more about the charity can visit their website at www.wildlifeambulance.org. 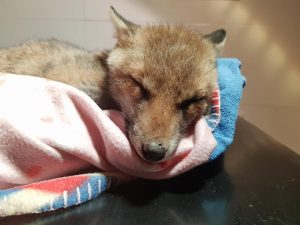